The Upcoming Smartphone for 2014

Find out more about the upcoming smartphone for 2014.  Get updated on the latest offerings from competing manufacturers like Sony, Samsung, Apple and more.

Indeed, 2013 was a thriving year for mobile market. It was absolutely a fierce competition out there as smartphone manufacturers tried to surpass one another in terms of display size, selling price, software and hardware capabilities, still there were quite a handful of handy phones that stood out and made it to our list for the best smartphones of 2013.

While Sony has already announced their upcoming smartphone for 2014, there were speculations that leading smartphone manufacturers such as Samsung and Apple will soon announce the release of their latest additions to their already successful and well appreciated mobile handsets.

Soon To Be Available Smartphones for 2014

Sony Xperia T2 Ultra is said to be similar with Xperia Z except that it has a few added features. It is powered with Qualcomm Snapdragon MSM8928 quad core processor, has a 6 inch HD display (720 x 1280 pixels; pixel density of 245 ppi), light sensor, 13 megapixels rear camera, system memory of 1024 MB RAM, 8 GB built-in storage (expandable up to 32 GB) and running Android 4.3 (Jelly Bean).

Although it is not dust and water-resistant like that of Sony Xperia Z , however, it is quite lighter and has a dual sim variant (Xperia T2 Ultra Dual). The official product release date of this smartphone is yet to be announced and it is expected to be priced moderately so as to attract more consumers from developing nations. 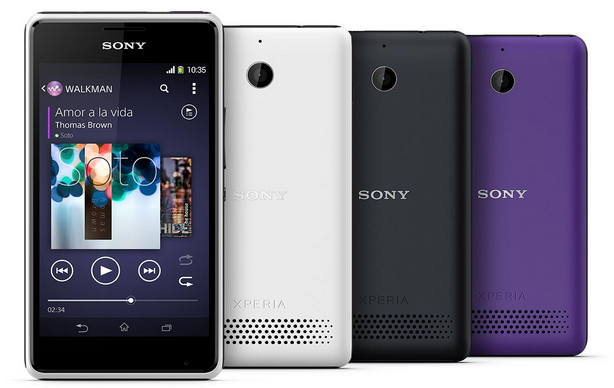 Sony Xperia E1 is running on Qualcomm MSM8210 dual core processor with 512 MB RAM system memory, built-in storage of 4 GB (can be expanded up to 32 GB) and it will have Android 4.3 (Jelly Bean) as its operating system.

It features a 4 inch display (480 x 800 pixels; pixel density of 233 ppi), light sensor,shake control and 3 megapixels rear camera.  The audio sound of Xperia E1 is said to be loud and clear as Sony labeled it the “music focused player” smartphone, so for a more enjoyable music playlist, you may use Free Audio Converter for any audio conversion needs.

Meanwhile, similar with Xperia T2 Ultra, it also has a dual sim variant (Xperia E1 dual) and there is no definite product release date as of this time.

Since Samsung Galaxy S4 had a triumphant market reception, consumers cannot help but enthusiastically wait for the official announcement of Samsung Galaxy S5. There are much rumors and speculations surrounding Samsung’s upcoming smartphone for 2014. Some say that the focus on the next flagship handset will be on the display and that it will have a flexible display technology but until we hear the official product announcement from the much esteemed Korean manufacturer, your prediction will remain as good as ours.

From the time iPhone 5s and iPhone 5c made its presence felt in the market, iPhone fanatics were already looking forward for the official statement from Apple regarding iPhone 6. While there were numerous assumptions as to what would be the added features on the future iPhone, it will linger to be just “hear and say” which in our opinion is not that all bad as it will make the wait all the more interesting.

« Best Free Games of 2013 – Android and iOS
Which is the best Bluetooth speaker? »