Unleash the inner child in you as you explore the enchanting world of Disney through a variety of free Disney app that you can download on your Android devices.

Due to “lack of imagination and good ideas”, it has been said that Walt Disney was once fired from his work. But Disney drew his strength and inspiration from those adversities and triumphantly captivated the minds of people all over the world and would certainly continue in spreading its magic for generations to come. Disney has kept their torch burning through its amusement parks, charming cruises, TV shows, animations, movies and more. On top of that, they have made their presence felt in the cyber space courtesy of their official website and within the Android community via numerous Disney app that you can download on your smartphone and tablet for free.

As self-confessed Disney babies, we have selected some of the most engaging, enjoyable and, to some extent, addicting Disney app that is guaranteed to keep you as well as your kids far from getting bored. 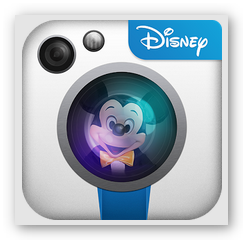 Disney Memories HD is an official photography app from Disney. It allows you to embellish your photos with popular Disney characters of your choice. With this Disney app, you can enhance your images using Disney parks themed filters, frames and stickers which you can share online by means of email, Facebook or Twitter. Aside from the magical features mentioned, you may also take advantage of the Disney themed alarm clocks which includes audio and video greetings from your favorite Disney friends. 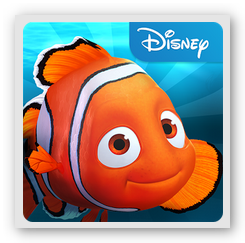 Join Nemo and his dad, Marlin, in their underwater journey and adventure. Nemo’s Reef lets you create and customize your very own paradise beneath the sea. It enables you to build the hippest reef by combining different plants and adornments to make it habitable for Nemo and his friends which include Dory, Bloat, Bubbles, Gill and other exotic fishes. Though this Disney app, you get the chance to know more about diverse plants as well as rare seeds that can entice uncommon and enigmatic sea creatures. 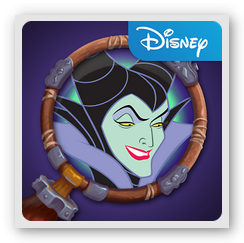 If you enjoy finding Wally in the famous children’s book “Where’s Waldo?”, then you will definitely appreciate Disney Hidden Worlds . In this Disney app, you need to search for hidden objects from the movie scenes of popular Disney animations such as Beauty and the Beast, Tangled, Aladdin, The Little Mermaid, Brave and many more. It features over 50 hidden objects and includes helpful hints in case you encounter a “hard-to-spot” item. In addition to that, you can enjoy this challenging Disney app in English, Chinese, French, Italian, Japanese, German, Korean, Russian, Spanish and Portuguese. 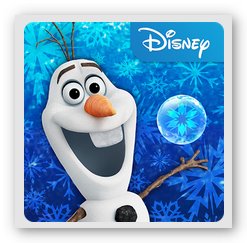 All together now, “Let it go, let it go…”, Frozen Free Fall is equally addicting as the hit song based on the top grossing animated film Frozen. The main objective of this Disney app is to slide matching (3 or more) ice crystals similar to how you play “Candy Crush”. At the start of the game, you will be accompanied by the young Elsa and Anna, then as you successfully finish each level, you get the chance to unlock the grown up version of Elsa and Anna. You also have the opportunity to unlock other characters like Olaf, Sven, Kristoff, Hans and Pabbie throughout your voyage on the different icy puzzles. 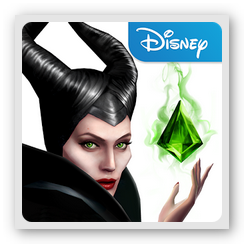 Maleficent Free Fall is another match-3 items puzzle game. You get to start the game with the young Maleficent and together, you get to discover and unlock her raven, Diaval and othe mysterious surprises. Although it is basically the same with Frozen Free Fall, we find this Disney app a bit more appealing and interesting compared to its arctic pals. 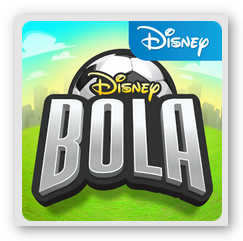 While it is not as favored as the other free soccer gaming apps for Android, still, Disney Bola Soccer has the ability to deliver the same excitement as its rival apps. Through this Disney app, you can lead your own team and improve your players’ performance through varying skills in defense, speed, ability, intelligence and attack which can help you win over global competing teams. You can either play the “solo mode” or against other users’ teams to accumulate team XP and advance in the leaderboards.