It was not a long time ago when just about any one was into web blogging. Basically, it is like a diary of some sort where one can chronicle their uncensored views on a variety of topics such as food, technology, beauty products and many more. It has become very beneficial to most businesses especially if the blogger had nothing but good words for their merchandise, thus, it became a great marketing tool.

With YouTube as a podium, blogging has branched out to a different level through video blogging, also known as vlogging. This new method of blogging proved to be more effective because it is more engaging and personal. And just like how some YouTube cover artist were given the opportunity to launch a professional career, there are also several YouTube vlogger who have efficaciously widened their audience through book writing. 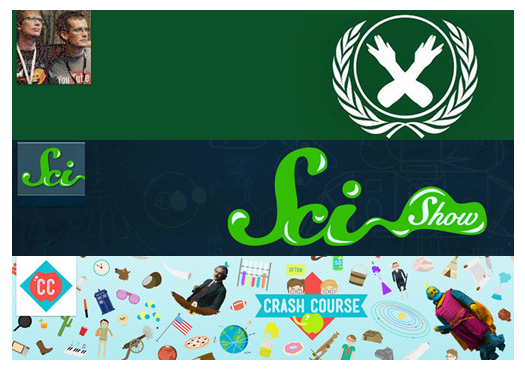 An award winning American author of young adult fiction novels, John Green is also a popular YouTube vlogger. Together with his brother, they have launched the YouTube channel “ VlogBrothers ”, along with other YouTube channels, which has gained more than 2 million subscribers. His best-selling works include his first novel entitled Looking For Alaska, Let It Snow: Three Holiday Romances (in collaboration with two other young adult authors) and The Fault In Our Stars which was made into a major motion picture and was released on June 2014.

Hank Green is the brother of John Green. He is also an entrepreneur, biochemist, musician and a fellow YouTube vlogger. Aside from co-hosting VlogBrothers, he also has his hands on some of YouTube’s educational channel such as SciShow , CrashCourse and more. Similar to his brother, he is also very entertaining and has the charm it takes to keep his listeners focused on whatever he is vlogging about.

YouTube vlogger Ken Tanaka is the alter ego of David Ury, an American film and television actor. He does stand-up comedies and translates (to English) Japanese film, anime and manga. His YouTube channel “ helpmefindparents ” featured vlogs about him (as Ken Tanaka) being raised in Japan as an adopted child of a Japanese couple who is searching for his biological parents. It stirred quite a following on YouTube since many were intrigued and convinced that there was truth to his story. There are also video blogs about the book he authored, Everybody Dies: A Children’s Book For Grown Ups where he talked about death and how to cope with it which was presented in a sort of humorous approach, a dark one to that effect. It also showcases his quirky artistic side through as seen on the book’s illustrations.

Grace Helbig is another well received YouTube vlogger who has a YouTube fanbase close to 2 million and has authored the soon to be published book, Grace’s Guide: The Art of Pretending to Be a Grown-up. The book offers various advices fit for different situations from light hearted scenarios to more personal ones which were presented in a manner close to the personality she projects, as the big sister, on her YouTube channel “ Grace Helbig ”. In a nutshell, her book is like a hard copy of her YouTube vlogs.