Along with the fast paced progression of technology, the old time favorite entertainment household appliance was never left behind. It got bigger, flatter and smarter over the years. Currently, when you go to shop for a television, you will hear all about Smart TV, a technological convergence between a television set, computer and a set-top box.

Apart from the regular features of any regular TV, a Smart TV has built-in internet capabilities but no matter how enticing it sounds, it is not a practical choice because it is rather costly considering its limited features. Therefore, it is wiser to invest on a Smart TV alternative which is so far a more adaptable innovation.

Why consider a Smart TV alternative?

A Smart TV alternative is a digital player device that you can plug in to your television set that will allow you to stream videos from the internet via wifi connection and more.

Smarter Than A Smart TV

Developed by Apple Inc. and was initially released on early 2007, Apple TV is a digital media player device that can play digital 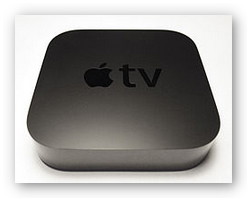 Apple TV can wirelessly share and stream contents of your iOS devices to your TV courtesy of Airplay. You may also utilize this feature to mirror (just like a projector) the current display of your device enabling you to play and enjoy your gaming app on a larger screen.

If you don’t want to stream videos, you may convert movie DVDs to Apple TV format and use your computer as a local source input. Subsequently, for specific video resolution output result, you may use Free DVD Ripper to convert any DVD to Apple TV format as well as to most portable devices.

Roku 3 is another good choice for Smart TV alternative. Same as Apple TV, when connected to internet via wifi, it lets you watch video contents from most streaming websites including Hulu Plus, Amazon Instant Video, VUDU and Netflix. Unlike Apple TV, it cannot sync 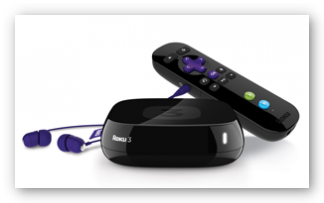 with your computer, thus, it is unable to do video playback from your computer’s video library. However, a work around for this limitation is at hand in the form of a downloadable app that enables you to directly access your computer so you can watch movies stored on your hard drive.

The three most note-worthy features of Roku 3 are as follows, its ability to detect wifi signal from a great deal of distance, its fast processor and last but certainly not the least is its ability to attach an earphone to the remote for those wee hours viewing when you don’t watch to disturb other household members.

The most affordable Smart TV alternative, Chromecast offers pretty much the same features as that of its leading competitors, Apple TV and Roku 3. However, it is more affordable and smaller compared with its two rivals.

Aside from the ability to stream videos (through wifi connection) from the internet, it is compatible with both Android and iOs devices, therefore, it connects to smartphones, tablets, iPhone, iPad and more allowing content playback functions on your TV. In addition to either smartphone or tablet to TV connection, you may also sync or cast contents from your computer. Hence, it is the most flexible Smart TV alternative among the three digital media players.

« The Best Valentine Tech Gift
Which Is The Best Free Fitness App? »