Can’t decide on which handheld game console to purchase?  Find out what are the features and capabilities of some of the best portable gaming gadgets today.

As other technology evolved so as handheld game console, they are no longer limited for gaming purposes only. With advanced features like WIFI, you are now able to make Skype calls using your handheld game console. You can also store and your favorite music or watch movies on the go.

Which is the best handheld game console?

Made by one of the frontrunners in the world of handheld game console, Sony ,PSP 3000 has excellent graphic capabilities and a huge collection of multimedia features. It has an anti-reflection screen technology that enables you to play under any lighting condition. It also has WIFI capability, hence, you can make Skype calls, surf the internet or download games online.

Albeit there is a built-in webcam on this device, it does not allow you to take pictures with it but this feature combined with the built-in microphone, enables you to communicate with other players when you play online.

With all the breathtaking features from multimedia capabilities to it being the lightest in weight among others, it is a no brainer that PSP 3000 is one of the best handheld game console Sony has ever produced. 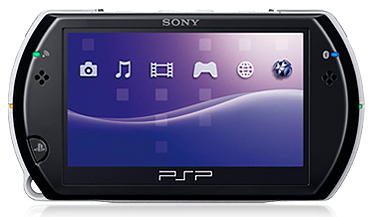 Another top handheld game console from Sony is PSP Go. Smaller than PSP 3000, this ultra-portable device is not of a disadvantage as it has outstanding graphics and superb multimedia features too.

Similar to PSP 3000, you can also use this device to talk with friends via Skype as well as download games and stream tunes and videos online. With its 16 GB internal memory and expandable external memory of up to 32 GB, the biggest among handheld gaming gadgets, you can easily store pictures, videos, music, games and other digital files on your device. That being said, PSP Go is an excellent option for those who are eyeing the most compact portable gaming system. 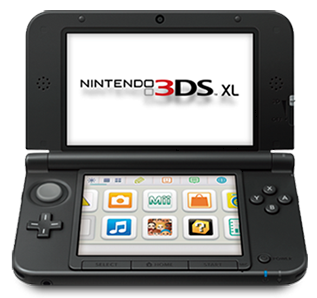 As one of the  pioneers in making portable gaming devices, Nintendo has continually produced highly competitive handheld game consoles since day one. Nintendo 3DS XL is a proof of Nintendo’s dedication to the world of portable gaming system.

Other than having the capability to play 3D games, this marvelous gaming gadget also allows you listen to your favorite sounds on the go. And like all the other Nintendo DS consoles, it has amazing features like a touch screen, dual screen, motion sensor and gyro sensor  for a more enjoyable gaming experience.

Perhaps the most striking feature of Nintendo 3DS XL is its 3 cameras (2 outside and 1 inside the unit) which allows it to take and edit pictures in 3D form including the ability to change camera mode to different options, such as normal, merge, dream, sparkle, pinhole, and mystery settings.

While this handheld game console has no DVD drive, you can still watch your much loved DVD movies on these gaming gadgets with the help of AVGO Free DVD Ripper. This complete free software lets you convert any DVD to a file format acceptable to PSP 3000 and PSP Go. It is very easy to use and supports DVD conversion to almost all portable gadgets including iOS, Android device and many more.

Get your free copy of Free DVD Ripper instantly!