Which Is The Best Free Karaoke App?

Turn your Android and iOS device into an instant karaoke machine by downloading the best karaoke app and have a blast while exercising your vocal chords as you sing along to the hottest tunes.

There are many ways to get free Karaoke songs on either your Android or iOS based device and one of them is by installing a Karaoke app which you can download for free. But the thing is, there are so many sing along apps to choose from, hence, which one should you go for? With that in mind, we have narrowed down the choices accordingly to those we thought stood out from the crowd that will surely bring out the singer in you as you sing along to your favorite songs. 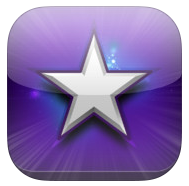 StarMaker is a great karaoke app that comes with an Auto-Tune feature. You can choose from over a hundred chart-topping songs from famous artists like Bruno Mars, Lorde, Pink, Rihanna and more as well as hit tv musical shows including Glee, American Idol and The Voice.

StarMaker lets you earn coins, depending on how well you sung, that you can use to purchase and unlock additional songs. Furthermore, this sing along app allows you to record and share your recorded songs to the world via Twitter, Facebook or email.

The Voice: On Stage 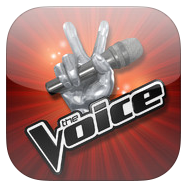 From the same developer as StarMaker, The Voice: On Stage is another note-worthy karaoke app which features songs performed in the hit reality singing contest of the same moniker. Although, Voice: On Stage is equipped with the same features highlighted in StarMaker, it has a bit of a twist that makes it interesting. As patterned to the famous TV show, The Voice, it makes you feel as though you are auditioning to the said show via the four chairs that would turn around depending on your singing prowess. 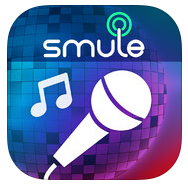 Sing! Karaoke by Smule lets you sing along with the hottest songs performed by top musicians from different genres like rock, pop, musicals, hip-hop, country, classics and more. It features a solo mode, and duet mode complete with backing vocals. It also comes with a special voice filter to enhance the sound of your singing voice. Moreover, Sing! Karaoke Sing! Karaoke by Smule an opportunity to share your performances to the world through its own community as well as to other community portals such as Facebook, Twitter, Google Plus, SMS and Email. 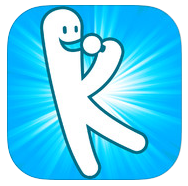 As you may know, there are tons of karaoke videos from YouTube that you can definitely sing along with and this is exactly what Karaoke Sing & Record utilizes as its songbook library. Just like the other karaoke app, Karaoke Sing & Record allows you to record your track so you can share it to your social channel.

While using YouTube’s unlimited karaoke videos is an excellent leverage, you can only enjoy this when you have internet connection. Thus, it is to your advantage if you will download the YouTube karaoke video that you love to sing with the most so you will be able to do so even if you are offline. That being said, you can rely on Free YouTube Downloader to do the task for you. This 2 in 1 freeware lets you download and convert any YouTube video to a format acceptable to most devices.