Get fresh updates of your favorite soccer teams’ scores, team standing, scheduled match, etc. directly on your smartphone or tablet when you download any of the FIFA app for World Cup 2014.

Experience the best of FIFA World Cup 2014 on your Android smartphone or tablet wherever and whenever you want through any of the FIFA app that you can that you can download for free that will keep you posted on the latest happenings regarding your favorite soccer team like team standing, player statistics, upcoming games and more including World Cup related videos such as press conferences and player interviews.

FIFA is the designated official app for 2014 FIFA World Cup in Brazil. This app provides exclusive coverage of the most anticipated soccer tournament in the planet including match alerts, photos, video coverage, game schedule, team ranking, detailed team and players’ profile, live interviews, breaking news and more. It gives you the chance to pick and vote for the “Man of the Match” for each of the 64 games and share your opinions with fellow soccer fanatics around the globe. Aside from giving out important updates regarding the biggest soccer event, FIFA app also comes with a variety of games, to keep you entertained, such as Fantasy, Dream Team, Your XI, Predictor and more which is available at the FIFA.com Club.

If you are not quite satisfied with the official FIFA app, you can opt to follow your favorite team using World Cup Brazil 2014 instead. Available in German, English, Spanish, Italian and Portuguese language, this app offers updates on game schedules, soccer group specific information that can be sorted out via games, team and country. It also provides comprehensive news about the tourney and stages of the World Cup as well as individual team and player statistics including top scores/scorers and match in progress which can be viewed at the home screen of your device.

Another FIFA app that can deliver you timely in-depth match annotation is Onefootball Brasil – World Cup . It features thorough World Cup bulletin before and during the competition, World Cup videos like press conferences, interviews, pre and postgame news coverage for all matches and more. Utilizing this FIFA app, you may also interact with fellow soccer fanatics from all over the globe during the course of the game.

More Than Just A FIFA App 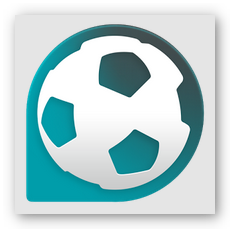 Forza Soccer is a must have soccer app for every soccer or football fanatics. This app does not only focus on 2014 FIFA World Cup, it offers videos of game highlights for more than 420 football leagues and cups all over the world. Through this football app, you can expect to receive complete information regarding the upcoming game such as pre-match line-ups including formations and player photos. It also allows you to be part of the global football fan community where you can freely express your thoughts about the team you are following.