Express your artistic side or simply take better photographs using the stock camera of your smartphone or tablet with the best free camera app for Android.

Even if your smartphones or tablets have top of the edge cameras, the built-in camera app does not really give justice to its full potential. Luckily, Google Play store has tons of fun and useful free apps like educational app, gaming app, language translator app, camera app and so much more. Among all the free Android apps, camera apps are the most frequently downloaded because it has the ability to transform and enhance simple snapshots into a dramatic image via its special features.

It’s a given fact that most of us love taking photos of just about anything that we encounter in our daily lives. Free camera app for Android makes the art of story-telling through images from places visited, activities done, food and the likes more interesting and appealing to viewers. It has the ability to bring photos to life, thus, allowing the photographer to convey the message behind the image. 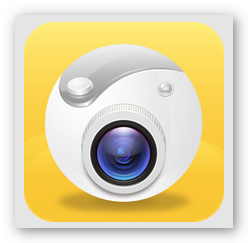 One of the most sought after camera app for android is Camera360 Ultimate . This app lets you take pictures in eight shooting modes namely self-shoot mode, effects mode, burst mode, MultiGrids mode, DoubleEx mode, low light mode and audio camera mode (ability to take pictures while recording the background sound). It is also capable of editing pictures via cropping, adjusting texture, blurring a part of the image or utilizing any of its “effects” feature such as MagicSkin, MagicColor, Cartoon, Sketch, HDR and several others.

Cymera is also a top pick for best camera app for Android. It comes with a variety of shooting modes, image filters and borders, beauty effects (big eyes, slim face, smile, clear spots, etc.), face detection technology and features 7 camera lenses which is similar to what a DSLR camera has to offer. Aside from the English version of the app, it also includes support for other major languages like Spanish, German, Japanese, Korean and Chinese. 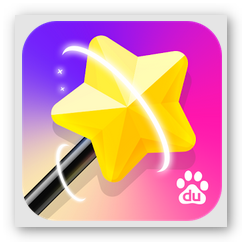 Make your photos worth sharing with PhotoWonder, another photo app that can enhance and polish images with its filter camera modes that provides classic effects to instantly add depth to your snapshots. This free camera app for Android is among the top five in photo apps and has been awarded with the best app award by Google Play. PhotoWonder app is known not only for producing quality photos. The photo editing aspect of this camera app is absolutely notable. It is packed with special features like beautification effects (removing acne, whitening, enlarging eyes, etc.), cool frames, photo decorations, collage maker and more. 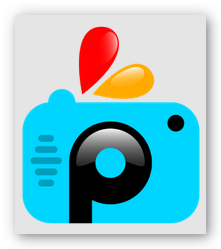 If you are looking for free camera app for Android that can convert your raw photos into a masterpiece, then PicsArt is exactly what you need. This photo app enables you to take still images, preview and apply live effects by improving the performance of your stock camera. It also provide tons of awesome app features among of which are photo manipulation, mask, collages, frames, borders, stickers, text effects, overlays, callouts, clipart graphics and almost anything you will ever need to create your own work of art.