Which Is The Best File Transfer App?

Transfer videos, photos, music and other files from your smartphone or tablet to another similar device regardless of platform quickly and efficiently via the best file transfer app for iOS and Android.

Sharing videos, photos, music and other files from iOS to Android used to be quite a challenge since they are running on different operating system and iOS devices don’t really communicate well with non-iOS gizmos. Fortuitously, there are more ways than one to transfer files such as videos, photos, music, etc. between devices running on dissimilar platforms. This seemingly difficult task can be easily accomplished either through a device to computer transfer software or file transfer app.

While transferring files from your device, running on iOS to be more specific, to computer prior to syncing it to your Android gizmos may appear to be a longer sequence, it also happens to be the BEST choice as it does not only allow you to share unlimited files across your devices but more importantly, it creates a back-up copy of your iOS device contents into your computer, talk about killing two birds with one stone.

That being said, you can take advantage of AVGO’s Free iPod/iPhone/iPad To Computer Transfer software to effortlessly transfer the files such as photos, videos, music, podcast, audiobooks, etc. from your iPhone, iPod or iPad to your computer for back-up or for Android sharing purposes.

Another means of sharing files across devices operating on different platform is through the use of a file transfer app. However, this option is a bit tricky as there are transfer apps that is only capable of doing specific file transfer tasks such as photo transfer app which is limited to photo sharing only. There are also some file transfer app that claims they can share photos and videos between iOS and Android devices (vice-versa) provided that both devices are utilizing the same app and is linked within identical WiFi network. 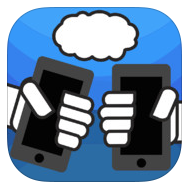 Nevertheless, if you prefer this method of file sharing, then you may want to try Qikshare . It is a free file transfer app that is recognized as the best alternative to “ bump ”, a discontinued popular file transfer app which enabled sharing files between iOS and Android devices. Unlike other file transfer app out there, Qikshare does not require your devices to be on the same WiFi to commence the file sharing activity. It also does not entail the utilization of Bluetooth as well as USB cable connectivity. The way it works is quite similar to the “ Airdrop ” concept of iOS platform.